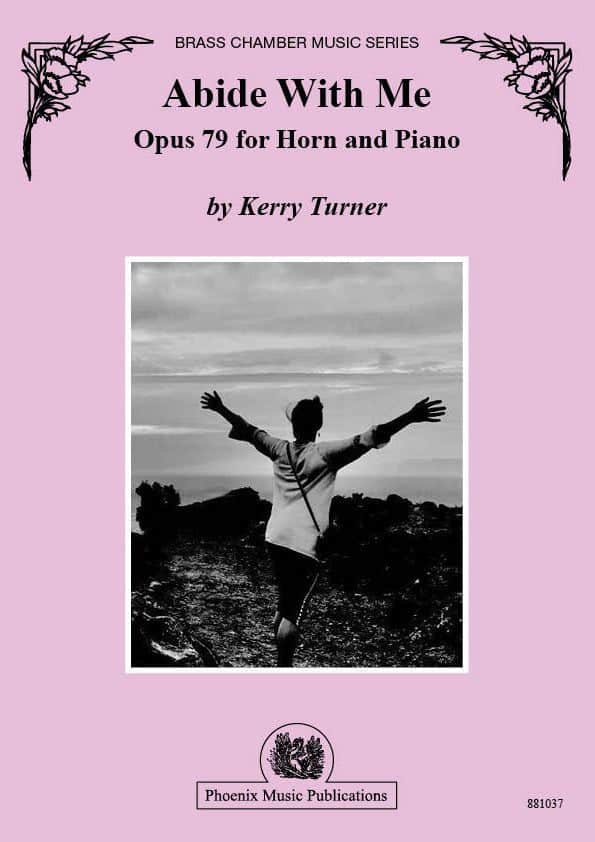 Abide With Me (Opus 79) for Horn and Piano, by Kerry Turner

Abide with me, fast falls the eventide

The darkness deepens Lord, with me abide

When other helpers fail and comforts flee

Help of the helpless, oh, abide with me

Henry F. Lyte wrote these words in 1847. They were meant to be sung to the famous tune by William Henry Monk called “Eventide.” It was both the poem and the song which provided the inspiration for this work for horn and piano. The composer has often composed pieces based on episodes in his life, most obviously “The Labyrinth” (Opus 32) for large brass ensemble, and “Quarter-After-Four” (Opus 33) for violin, horn, and piano.

Turner describes himself as being “religious” or “spiritual.” He writes the following:

“In an ever increasingly secular world, one which mocks and is even insulting to most forms of Christianity, it has become a difficult task to keep one’s faith anchored and stable, The drama and turbulence of life are already geared up to destroy any sense of a belief in God, nevermind a “larger more beautiful plan” which one day shall explain it all. Yet deep within, this simple melody rings from the very bottom of the soul. Somehow, awakening each morning with the slightest hope that things will turn up, one is greeted by silence and despair. And so we hold on tight to the very last strands of any sort of “faith.” It isn’t easy being a Christian in today’s world. Perhaps it never was easy. Be that as it may, something, a barely perceptible instinct of hope rings from the depths of one’s soul. And so we sing “O Lord, abide with me…”

“Abide With Me” was composed in Chieri, Italy in 2017. It was commissioned and premiered by Ricardo Matosinhos of Portugal.