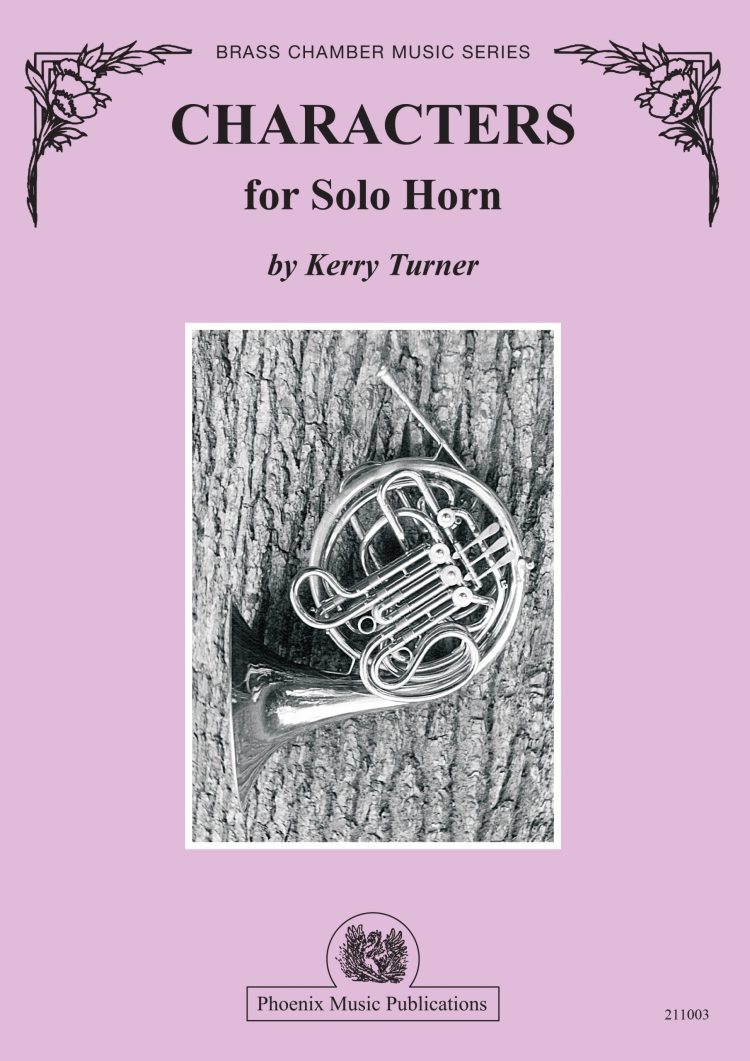 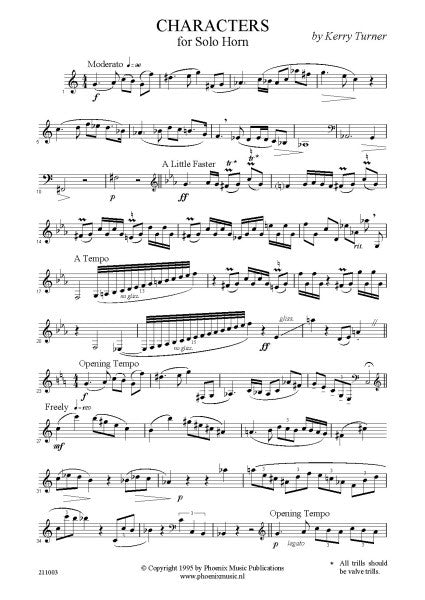 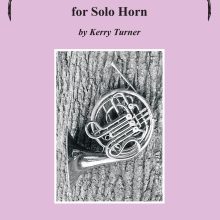 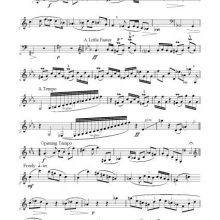 Scales, arpeggios, slurs, attacks, interval skips, extreme high and low register playing, and extreme loud and soft dynamics are the usual routine elements of most professional hornists’ warmups. Indeed, certain schools teach a very rigorous exercising of these elements, much the same way as an athlete would maintain a vigorous workout routine every day. CHARACTERS for Solo French Horn began as an etude, a search for the most comprehensive warmup etude possible, an etude that would in a short amount of time cover the entire spectrum of modern French Horn playing.
As is typical of my own particular warmup routine, I conceived of the opening and closing as a simple melody. This was to establish the general purpose of the horn — to make music. I then assembled a collection of exercises, each representing a different facet of my daily routine. The result, a lengthy etude of short segmented exercises, resembled the final version only slightly. Slowly, with each playing and with natural editing, a unifying of the routine took place. What appeared was an array of extreme styles and personalities, each representing a different aspect of the Horn’s multi-personalitied capabilities.
The first public hearing of the work was as an encore to a solo recital that I gave in New York. It was at this performance that the piece received the description as “Characters” by the citric; thus the title CHARACTERS for Solo French Horn.
The piece should be presented as a sort of “Pictures at an Exhibition” for solo horn. Although the performer has the liberty to play the piece freely, most sections should maintain a clear pulse. Also, certain more difficult passages have possible alternatives indicated.