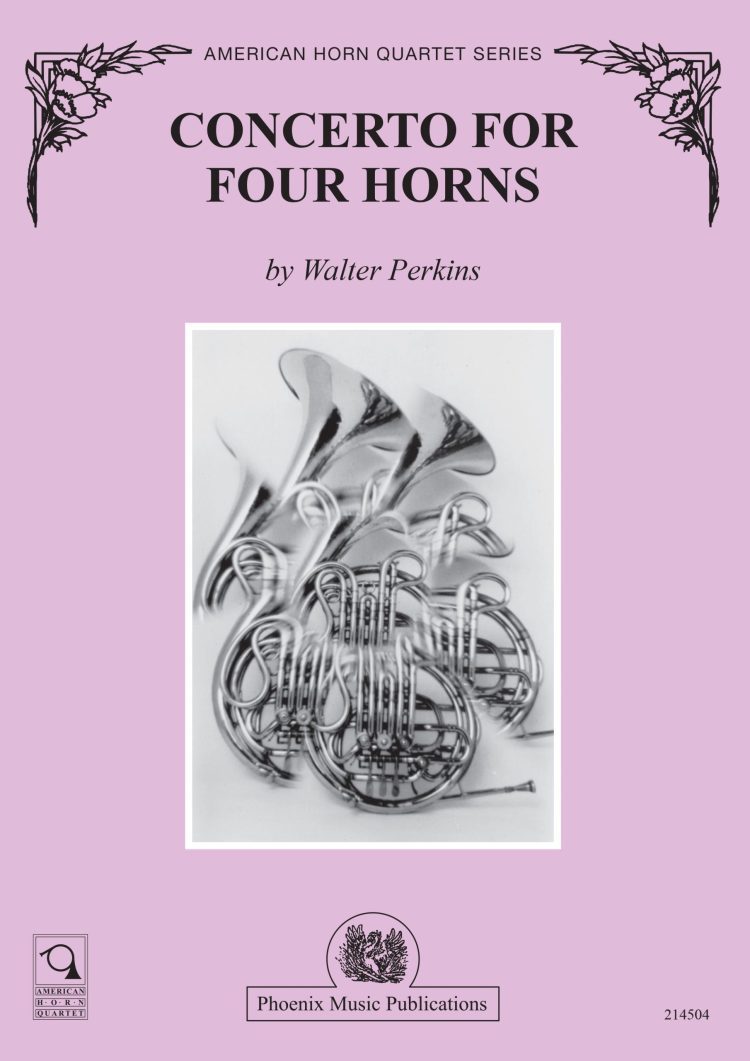 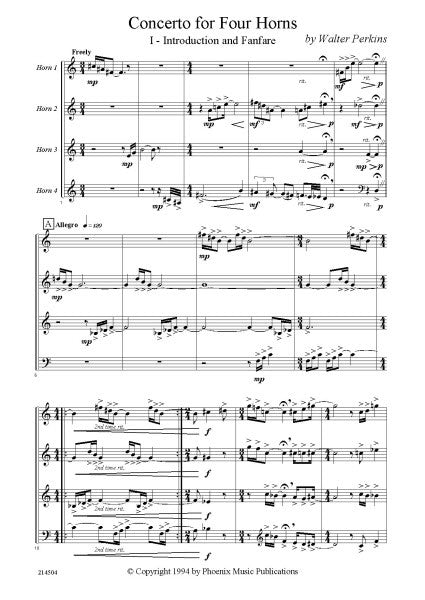 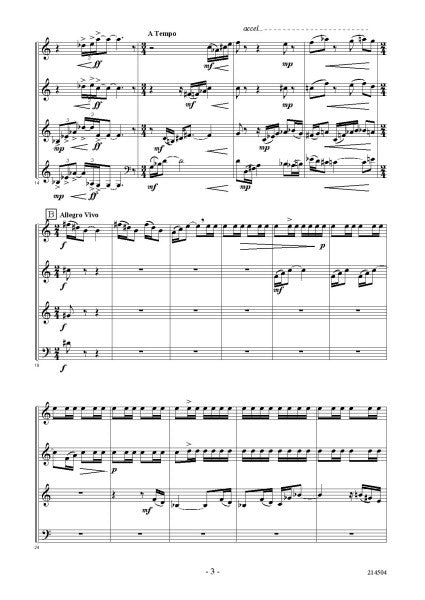 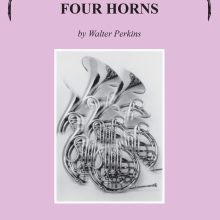 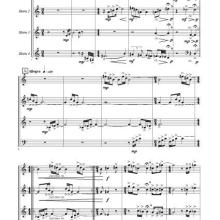 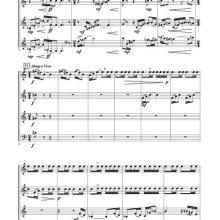 Walter Perkins was born in England in 1944 and moved to the United States in 1952, living in Rochester, New York. His musical education includes trumpet study from the age of 11, a Bachelor of Science Degree in Music Education from the State University of New York at Fredonia and a Master of Arts Degree in Music Education from Teacher’s College, Columbia University. In 1989 he began work on a Doctor of Musical Arts Degree in both Performance (trumpet) and Literature at the Eastman School of Music, studying composition with Samuel Adler. Professional activities have included 2 years of public school music teaching positions in the U.S., 3 years in the U.S. Army’s West Point Band as well as extensive chamber music and Jazz performing. Since 1973, Mr. Perkins has played trumpet with the Symphony Orchestra of Radio-Tele-Luxembourg. “Concerto for Four Horns” was composed specifically for the American Horn Quartet in 1991. It is a highly challenging work, featuring each player in a solo movement. This work has been recorded on the American Horn Quartet’s 2nd CD “4 x 4”, available on the EBS label.