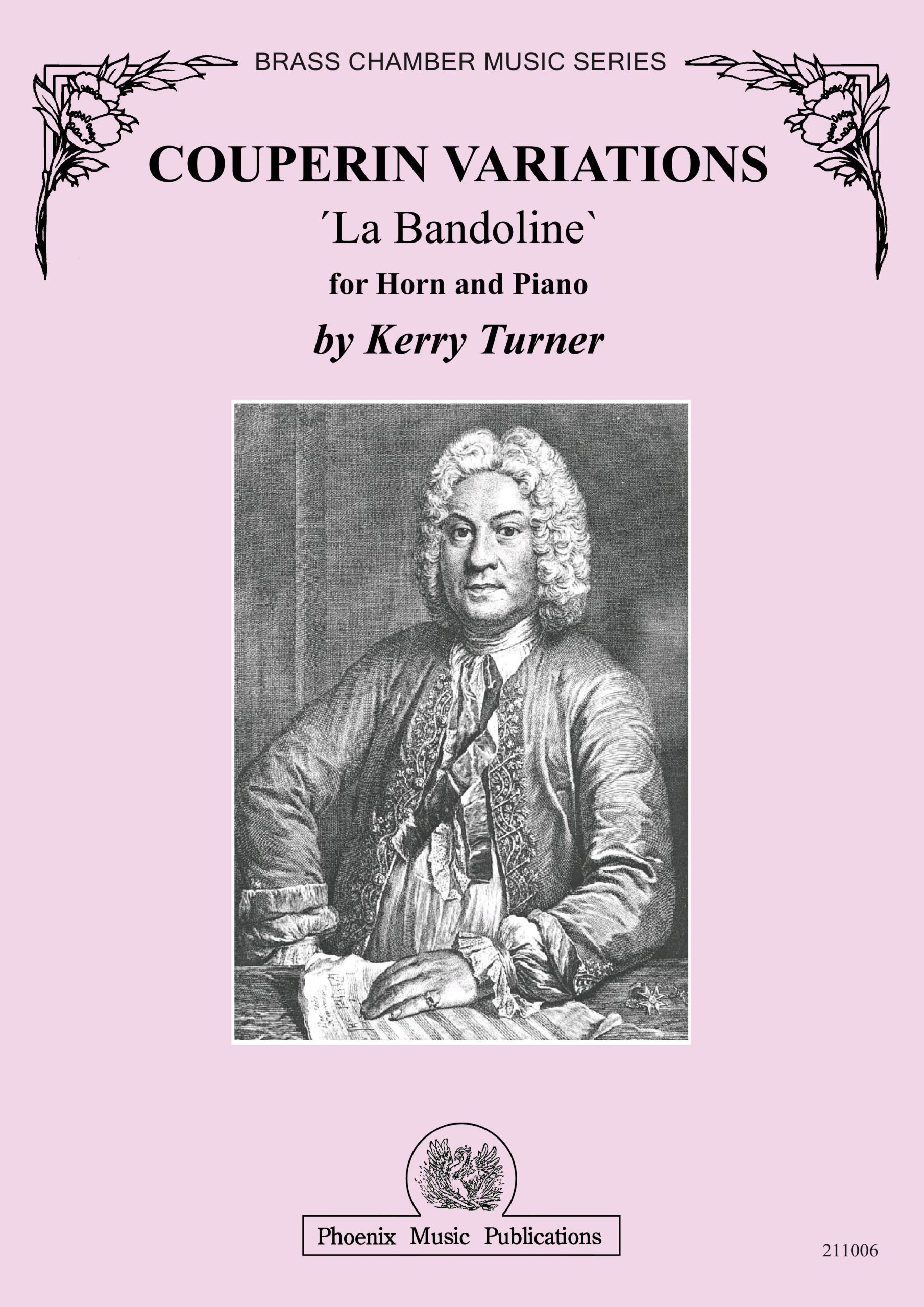 Francois Couperin was born into one of the best known musical families of Europe. Couperin’s four volumes of harpsichord music, published in Paris contain over 230 individual pieces, which can be played on solo harpsichord or performed as small chamber works. One of the most popular of these is “La Bandoline.” After numerous sojourns in Paris, Kerry Turner became fascinated with this baroque composer and desired to eventually compose a piece based on one of Couperin’s melodies which would feature the highly embellished ornamentation typical of his works. The opportunity presented itself in 2014, when the virtuoso horn soloist, Andrew Pelletier commissioned Mr. Turner to write a new piece for horn and piano which would be featured at the International Horn Society Symposium in London in that same year.

“The Goldberg Variations” of J. S. Bach has always held a special place in the composer’s heart. Using this magnificent opus as his inspiration, he composed this set of seven variations and finale. The work was composed in April and May, 2014 in New York City and Luxembourg and lasts approximately nine and a half minutes.