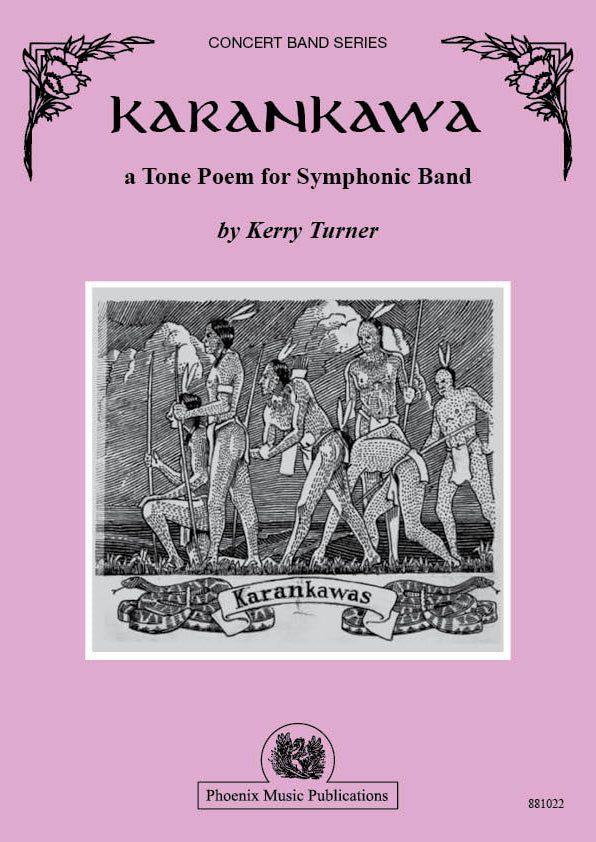 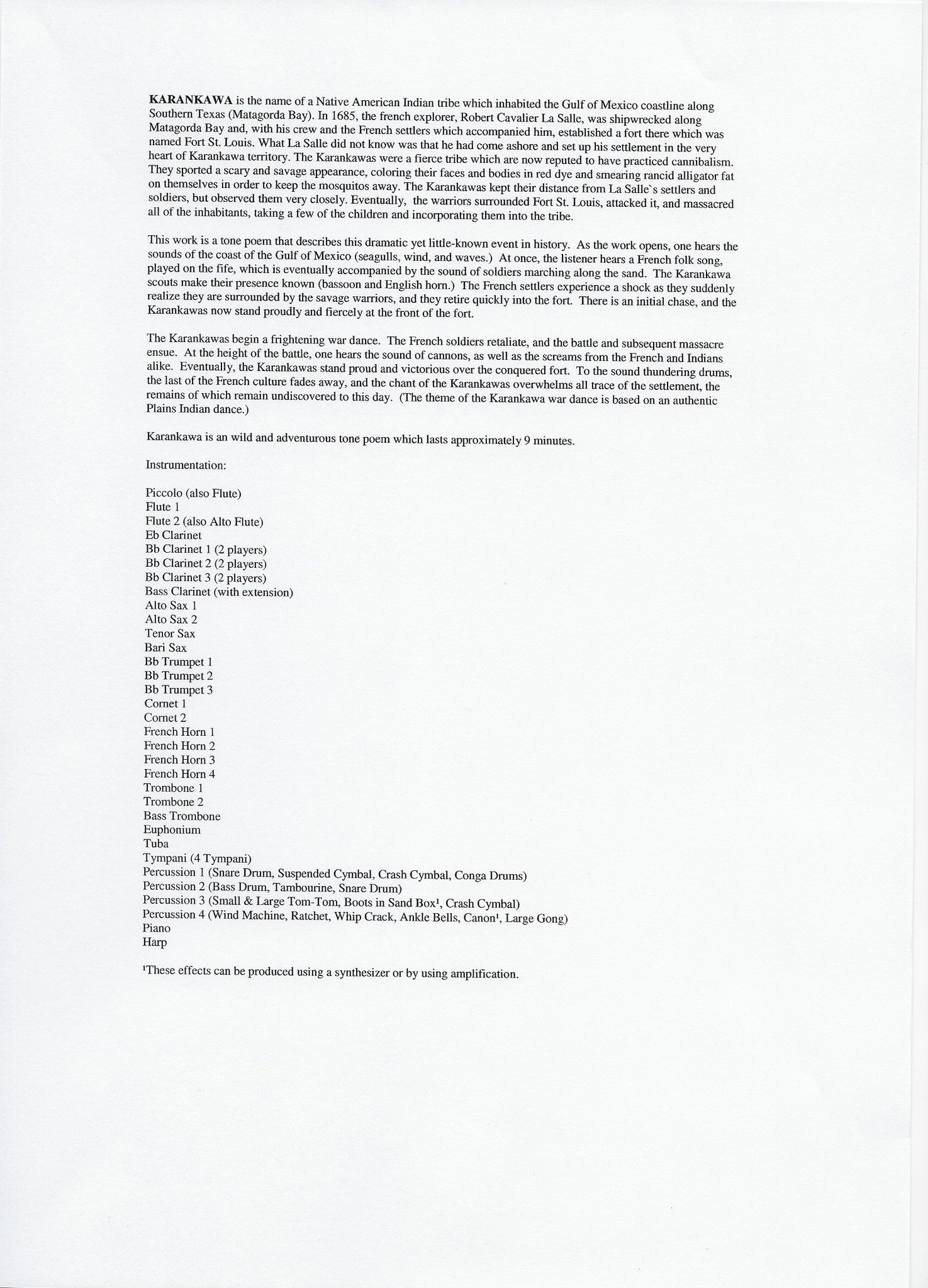 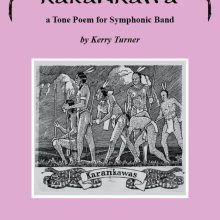 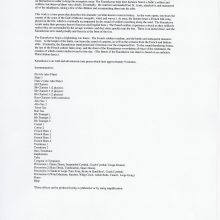 KARANKAWA is the name of a Native American Indian tribe which inhabited the Gulf of Mexico coastline along Southern Texas (Matagorda Bay). In 1685, the French explorer, Robert Cavalier La Salle, was shipwrecked along Matagorda Bay and, with his crew and the French settlers which accompanied him, established a fort there which was named Fort St. Louis. What La Salle did not know was that he had come ashore and set up his settlement in the very heart of Karankawa territory. The Karankawas were a fierce tribe which are now reputed to have practiced cannibalism. They sported a scary and savage appearance, coloring their faces and bodies in red dye and smearing rancid alligator fat on themselves in order to keep the mosquitos away. The Karankawas kept their distance from La Salle`s settlers and soldiers, but observed them very closely. Eventually, the warriors surrounded Fort St. Louis, attacked it, and massacred all of the inhabitants, taking a few of the children and incorporating them into the tribe.

This work is a tone poem that describes this dramatic yet little-known event in history. As the work opens, one hears the sounds of the coast of the Gulf of Mexico (seagulls, wind, and waves.) At once, the listener hears a French folk song, played on the fife, which is eventually accompanied by the sound of soldiers marching along the sand. The Karankawa scouts make their presence known (bassoon and English horn.) The French settlers experience a shock as they suddenly realize they are surrounded by the savage warriors, and they retire quickly into the fort. There is an initial chase, and the Karankawas now stand proudly and fiercely at the front of the fort.

The Karankawas begin a frightening war dance. The French soldiers retaliate, and the battle and subsequent massacre ensue. At the height of the battle, one hears the sound of cannons, as well as the screams from the French and Indians alike. Eventually, the Karankawas stand proud and victorious over the conquered fort. To the sound thundering drums, the last of the French culture fades away, and the chant of the Karankawas overwhelms all trace of the settlement, the remains of which remain undiscovered to this day. (The theme of the Karankawa war dance is based on an authentic Plains Indian dance.)

Karankawa is an wild and adventurous tone poem which lasts approximately 9 minutes.