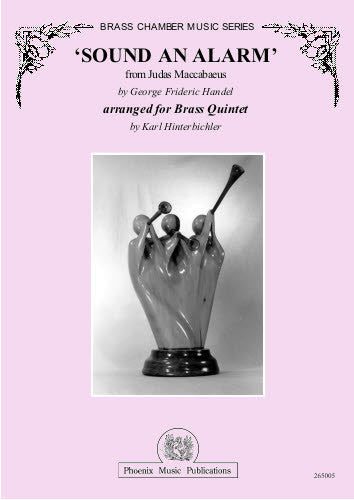 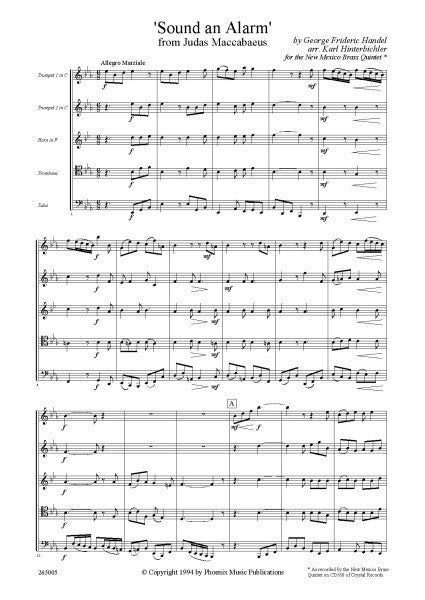 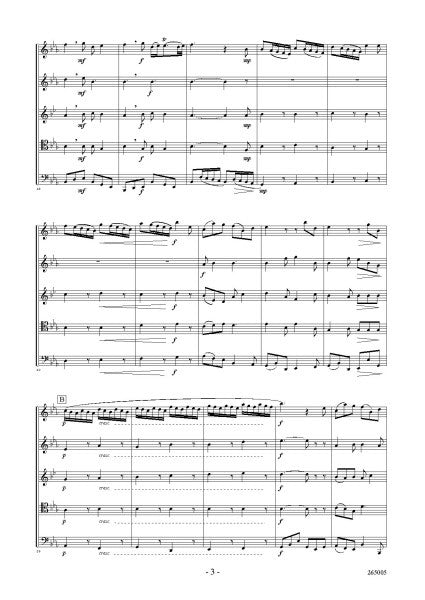 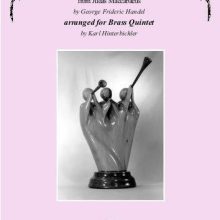 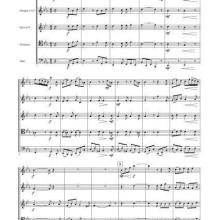 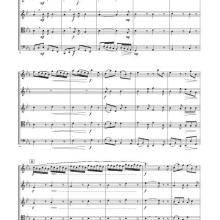 Sound An Alarm, from Judas Maccabaeus, by George Frederic Handel, for Brass Quintet

Judas Maccabaeus was composed in England in the tumultuous year 1746 and was designed as a compliment to the Duke of Cumberland for his victory over the forces of “Bonnie Prince” Charles. The year had also proved troublesome for Handel himself. With the increasing popularity of opera, opposition to his oratorios had grown among his regular high-society subscribers forcing Handel to cancel his plans for a 1746 oratorio season. With Judas Maccabaeus, Handel opened the doors to all comers, allowing the middle classes into the concerts for the first time alongside the high-society. The libretto was written by the Reverend Thomas Morell and is based on the first book of Maccabees in the Apocrypha.

‘Sound an Alarm’ appears in the second act. The people of Israel have just been thrown into despair by the impending invasion of the forces of the King of Samaria. This marvellous aria with chorus is a call to arms to rise up and fight off the invaders. Given the political background of the events of the time and coming at a dramatic high point in the oratorio, it couldn’t help but strike a popular and patriotic note with the audience of the time. It is a tribute to the music that the dramatic impact survives to this day, moving audiences all over the world.

The New Mexico Brass Quintet is in residence at the University of New Mexico. Since being founded in 1977, they have established themselves as one of the finest ensembles of their kind. They have toured extensively, appearing in Europe (Germany, Austria, Czechoslovakia, Hungary, Finland, Russia and Italy), Australia, Mexico and the United States. Radio Broadcasts have also featured them in the above countries. The NMBQ have released 3 feature CD’s as well as appearing on a recording released in 1989 by the Ottoni di Verona Festival in Italy.

Karl Hinterbichler holds degrees from the University of Michigan and the University of North Texas. He has performed with such organizations as the Colorado Philharmonic, Florida Symphony, Dallas Symphony, Santa Fe Opera and the New Mexico Symphony Orchestra. Dr. Hinterbichler is also a contributing editor and regular columnist for the International Trombone Society Journal. He has had numerous articles, reviews, editions and arrangements published both in the United States and Europe.