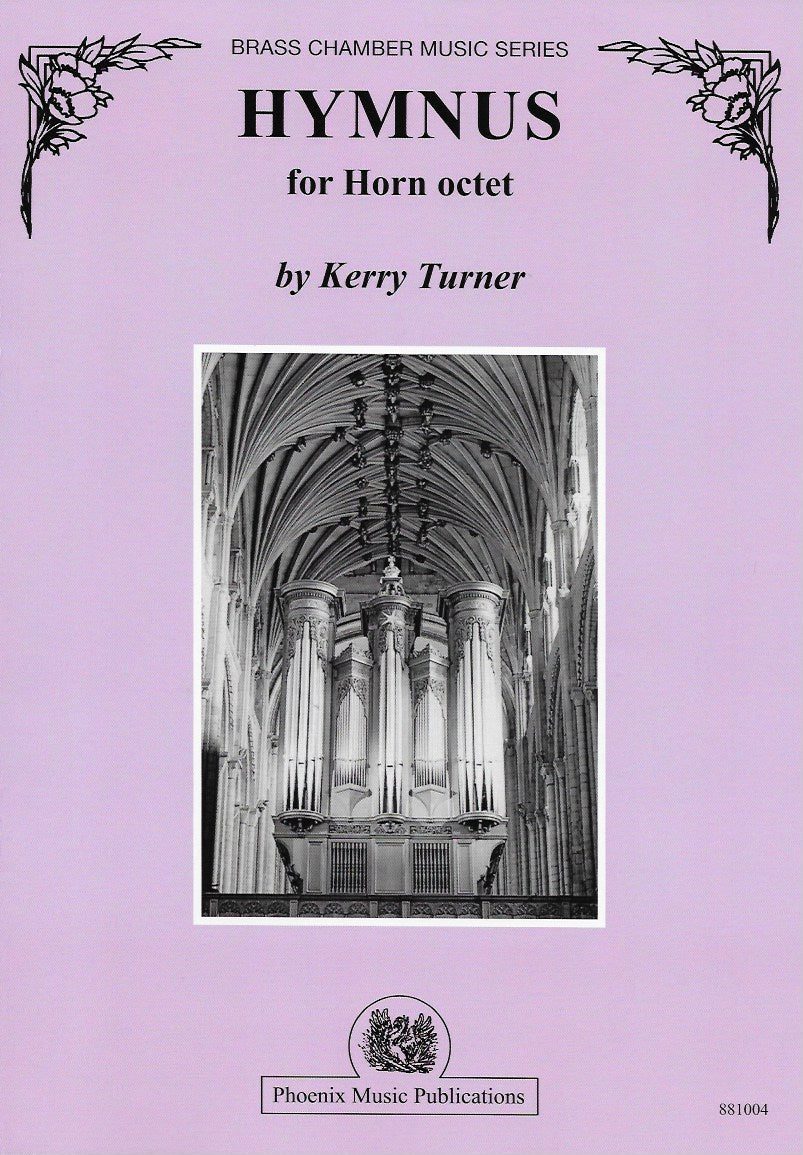 Commissioned by the horn ensemble “aHorn,” composed in May, 2011 in Luxembourg

The grand cathedral pipe organ has always been one of Mr. Turner’s favorite instruments. The huge range of dynamics and scope of colors presents the composer with an ideal canvas on which to let his imagination run free. Indeed, many masters of the organ regularly take advantage of this soundscape, either when improvising various interludes during church services, or performing the magnificent repertoire originally written for the instrument. Mr. Turner has always been of the opinion that a large ensemble of brass instruments could easily imitate the sound of the pipe organ. With the horn’s vast range, technical facility and wide range of color possibilities, the idea to compose a pipe organ fantasy piece, but one which is written for eight horns, has always been in the back of the composer’s mind. The commission by the aHorn Ensemble of Japan was thus the impetus to realize this idea.

There are four principal themes that weave in and out of this piece: an authentic Gregorian chant, the basis for a Presbyterian hymn called “Of the Father Son Begotten”; a second, short excerpt from a Gregorian chant called “Gaudeamus”, a passacaglia based on a variation of the “Gaudeamus” theme; and a lively medieval secular song by the troubadour Raimbaut de Vaqueiras called “Kalenda maya”. There is no program as such that can be attached to “Hymnus.” It is merely an improvisation of sorts, fully exploiting the possibilities of an eight piece horn ensemble, while paying homage to one of the greatest musical instruments on the world – the grand cathedral pipe organ.