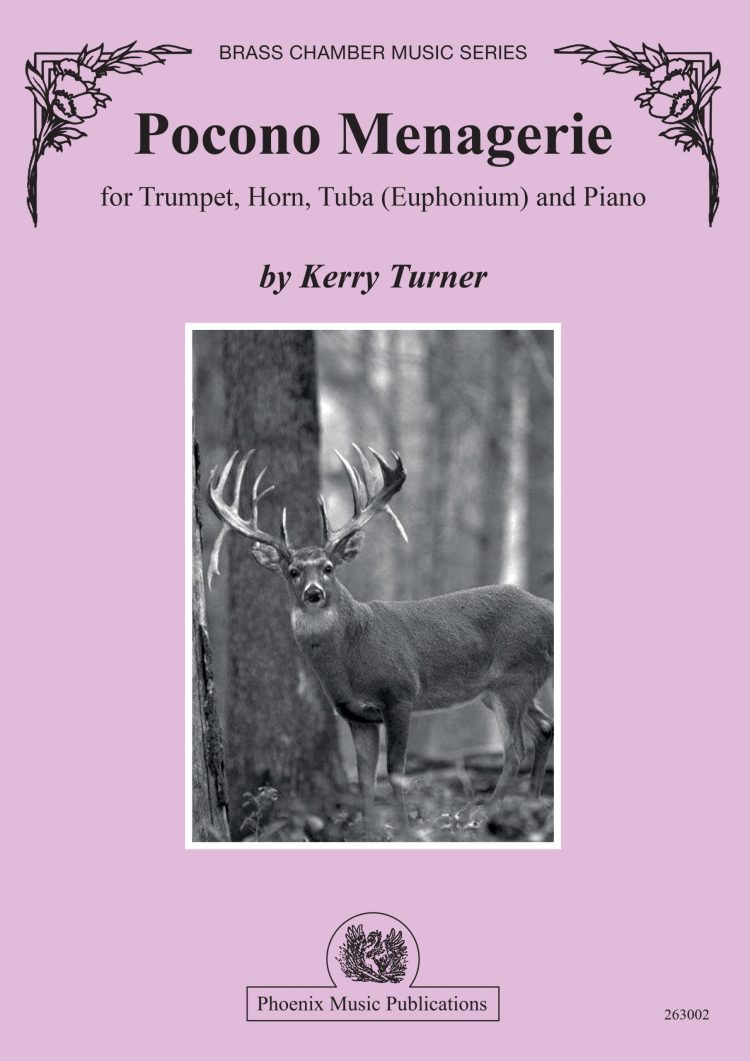 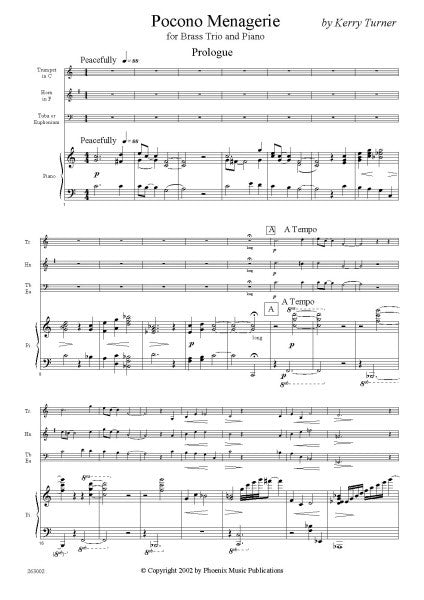 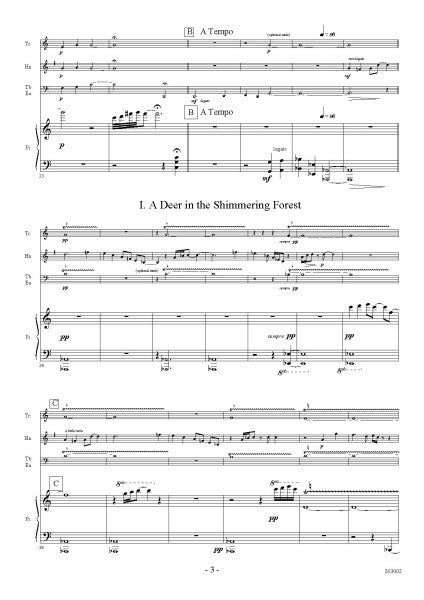 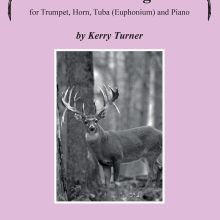 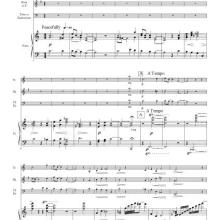 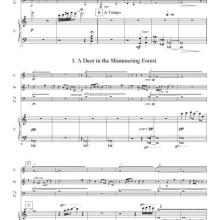 The Pocono Mountains of northern Pennsylvania have always been a rich source of creative inspiration for me. The basic concepts of many of my works germinated there during quiet weeks spent on vacation. Probably the most striking thing is the abundance of wild life. Within 24 hours of your stay there you will encounter deer, wild turkeys, squirrels, raccoons and, if you are lucky, bears. While composing The Pocono Menagerie, I stood outside in the woods, or took long walks down to a pond and dreamed up each episode while literally watching these animals move about and carry on about their business.

The Prologue is a serene introduction, the purpose of which is to set the mood of the piece. The melody, which is heard in various forms throughout the work, and the harmonies, which are thoroughly American (if not somewhat “new age”) are established as well.
Episode 1- A Deer in the Shimmering Forest: This variation which features the horn is based on several sightings. The picture I wanted to portray was the virtual transparency of the deer when standing perfectly still in the midst of the thick woods, the leaves of which rustle in the wind. Also represented is the sudden surprise one experiences when one of these beautiful animals steps out of the woods on to the road. They seem suddenly very vulnerable, almost naked, out in the open.
Episode 2- “A Bear Emerges from the Forest (and crosses the road)” is absolutely autobiographical. I was speaking on the telephone, gazing out at the forest, when all of the sudden a large, brown bear leaped out of the trees and galloped across the driveway. He spotted us and proceeded to run with all his might down the driveway, across the road and into the safety of the woods.
Episode 3- The Lake at Dawn (with Visiting Snakes): every morning I walked down to the lake, which was really more of a large pond, and stared out at the serenity of the water. The water was a stark contrast to the earthiness of the woods. Its ripples in the wind were gentle, almost spiritual. In the pond there lived, however, quite a number of water snakes. Very often, while looking out on the water, your eyes would fall on the sight of one or more little black heads, slithering across the surface. Indeed, on occasion these unwanted visitors would even swim right across the roped-off swimming section of the water!
Episode 4 and Finale – An Eagle Soars: The sight of an Eagle or Hawk, or any other large bird, emerging from the crest of a mountain and soaring over a valley is a magnificent spectacle! When it became apparent that this work would be comprised of four episodes, each featuring a solo instrument, I immediately associated the heroic flight of the Eagle with a soaring trumpet melody. At the end of this episode the main theme of The Pocono Menagerie is again stated in the character of the eagle’s flight.