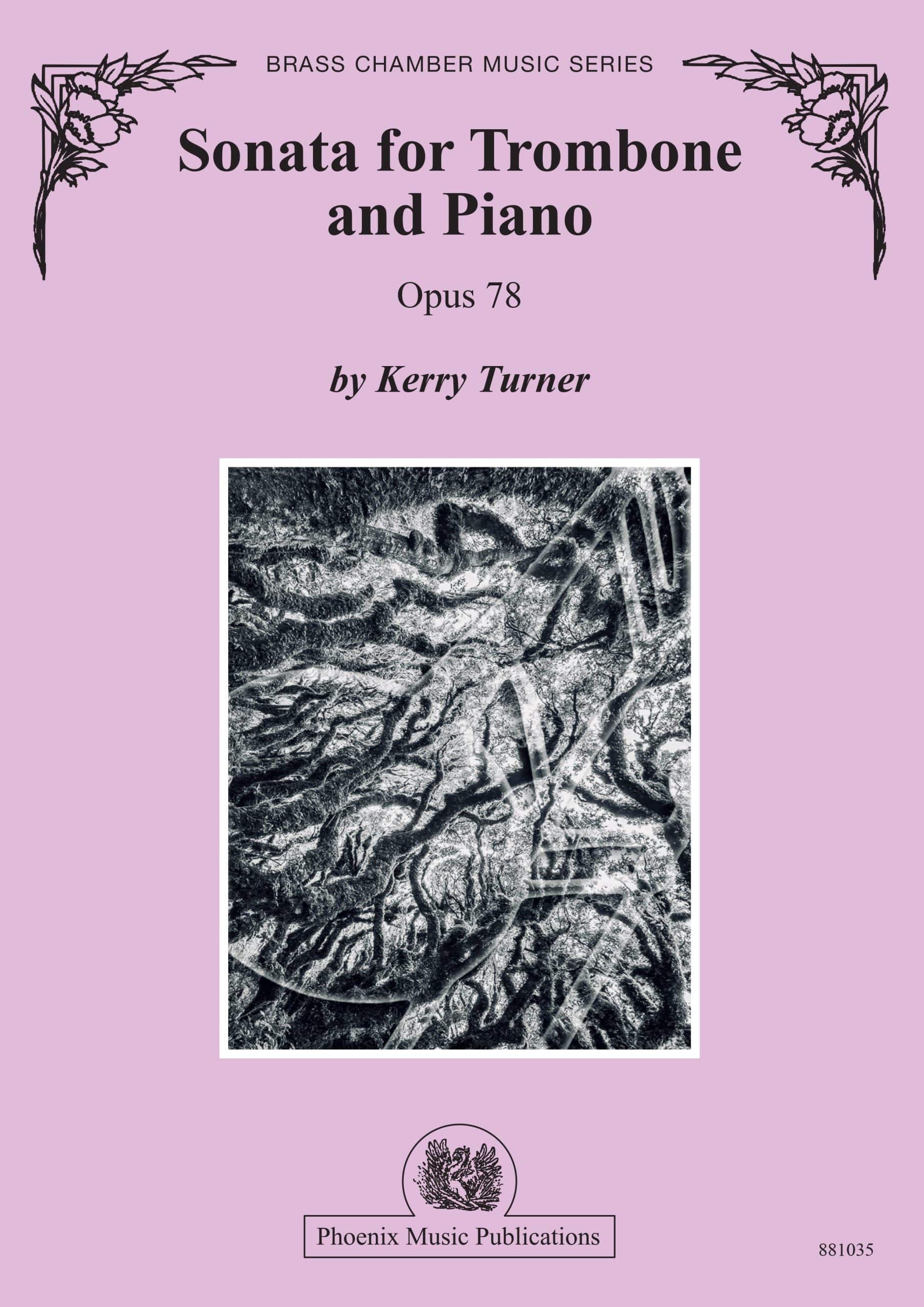 Sonata for Trombone and Piano Op. 78

The Sonata for Trombone and Piano, opus 78, was composed in 2017. It was commissioned by Jeremy Wilson, Associate Professor of Trombone at Vanderbilt University’s Blair School of Music. Turner’s Sonata for Horn and Piano, opus 13, which he composed at the age of 29, has become a standard in the horn repertoire. That piece was modelled on many other standard sonatas for horn and piano, showcasing highly melodic music for the modern valve horn in a classic “sonata-allegro” form. It was this formula that Turner applied to the composing of the Sonata for Trombone and Piano. The haunting theme that surfaces in the second half of the second movement, and then again at the very end of the work was taken from an earlier piece by Turner for string quartet entitled “Il Giardino della Follia.” The composer believes that each theme and melody that invents will eventually find its true home in a composition. This certainly seemed to be the case with this eerie refrain, as it pronounced itself with such inevitability during the construction of the second movement, and indeed affected the entire atmosphere of the Sonata. The three movements performed with small breaks between the second and third movements  have a duration of approximately 16 minutes.