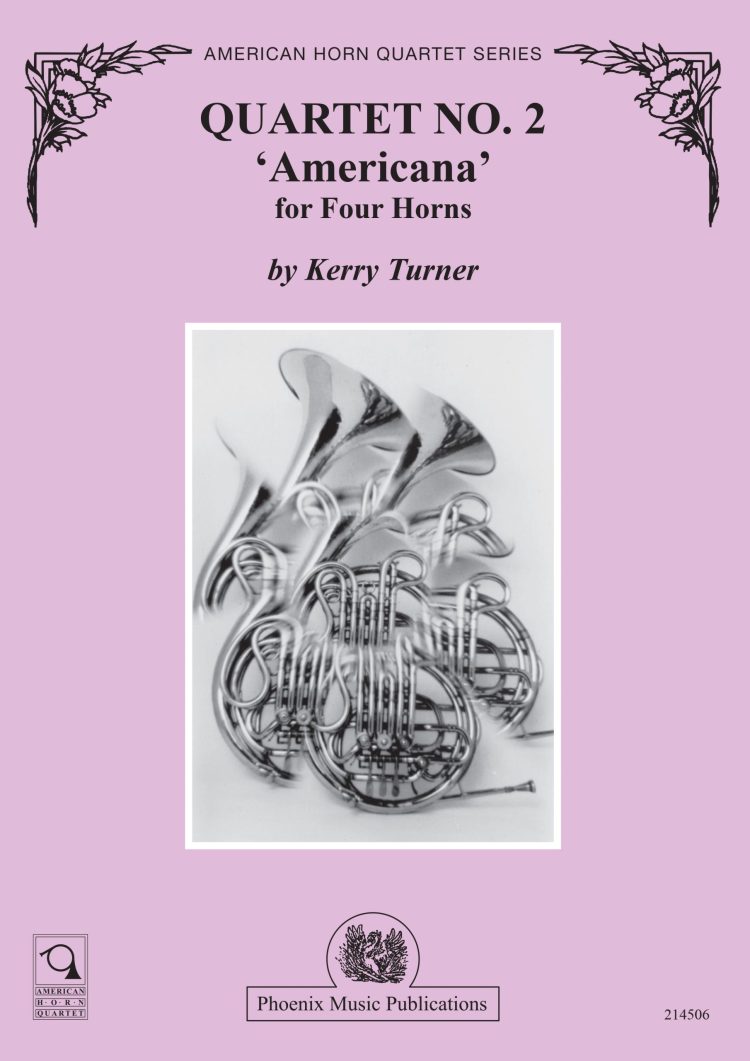 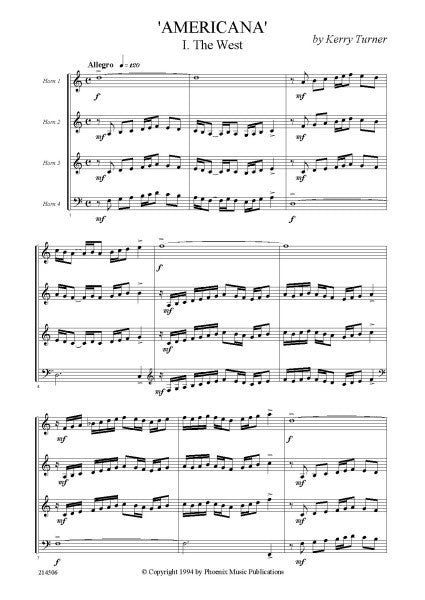 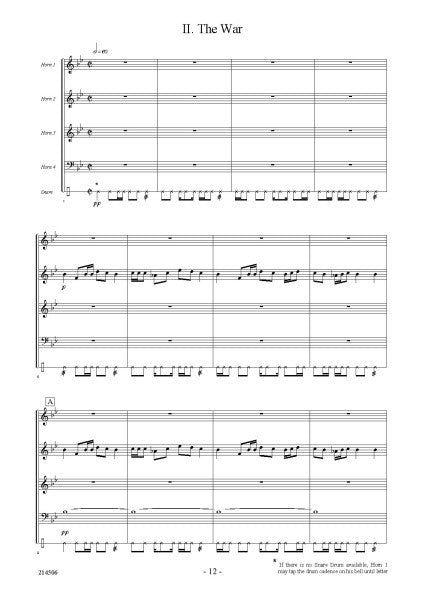 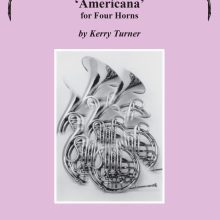 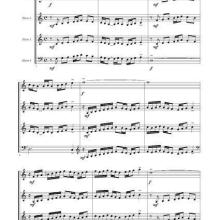 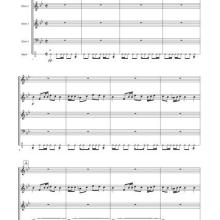 The Quartet Nr, 2 for horns, Opus 10, was composed in Luxembourg in 1988 for the American Horn Quartet*. After the undeniable success of his Quartet Nr. 1, also written for the AHQ, the composer received multiple requests to create a work for horns which would reflect his native Texan heritage*.

Texas does indeed have a very rich history and culture. Both Mexican and Cowboy cultures are very prominent in that part of the world. The Quartet Nr. 2 was meant to be a tribute to this phenomenon. There are three movements: 1. The West, 2. The War, and 3. Hoe-down.

As the first movement of “The West” begins, the listener is drawn into the enthusiastic, adventurous, young and naive atmosphere that was typical of the settlers of the American West. These settlers came down to Texas, mostly in covered wagons, but many of them came by ship as well. It has a busy and bustling opening. It also gives the musicians a chance to show off their virtuosity. Then the first section comes to a very sudden halt as we stand face to face with the other settler population, the Spanish Mexicans. This section is announced with a mariachi trumpet fanfare. Then begins the proud and bold march of this demographic which were already in Texas as the American settlers arrived there. In fact, it was a part of Mexico. There is a  restatement of the Western settlers themes, and soon the two melodic representations are combined to show how the two cultures began to fuse into one.

“The War” is supposed to represent the Texan role in the United States Civil War of 1861 to 1865. The listener hears a distant drum. A fife melody is added to that. It is still approaching from the distance. Soon we encounter an entire platoon of Confederate soldiers*. Indeed, we are in the midst of their ranks. The march comes to a stop as the troops build their campsite and settle in for the night, the night before the big battle. Turner quotes the famous Civil War song “Hush Little Baby, Don’t You Cry”. The next line of this poignant song is “You know your daddy was bound to die.” Following this beautiful but tragic song, the listener hears the men humming around the campfire. As dawn breaks, we hear once again the distant drum as the soldiers enter the battle. In the background, the audience hears cannon fire*.

“Hoe-Down” is a wild and athletic cowboy dance which was performed at large celebrations and community get-togethers. After the fiddle calls the cowboys from the various ranches to jump to the center of the dance floor, they each show off their stunning dance moves, each one trying to outdo the other. The four horn players in the quartet do literally the same thing, each player executing difficult and virtuoso licks.

This work is a very young work by Mr. Turner. He composed it at the age of 28. Many of the special effects in the piece were suggestions by his colleagues in the American Horn Quartet. Of all his musical compositions, it is probably the most naive and innocent. He wasn’t attempting to be sophisticated or cerebral. It was intended to present the sounds of his native San Antonio, Texas to the world, as well as give the members of the AHQ the chance to show off their virtuosity.