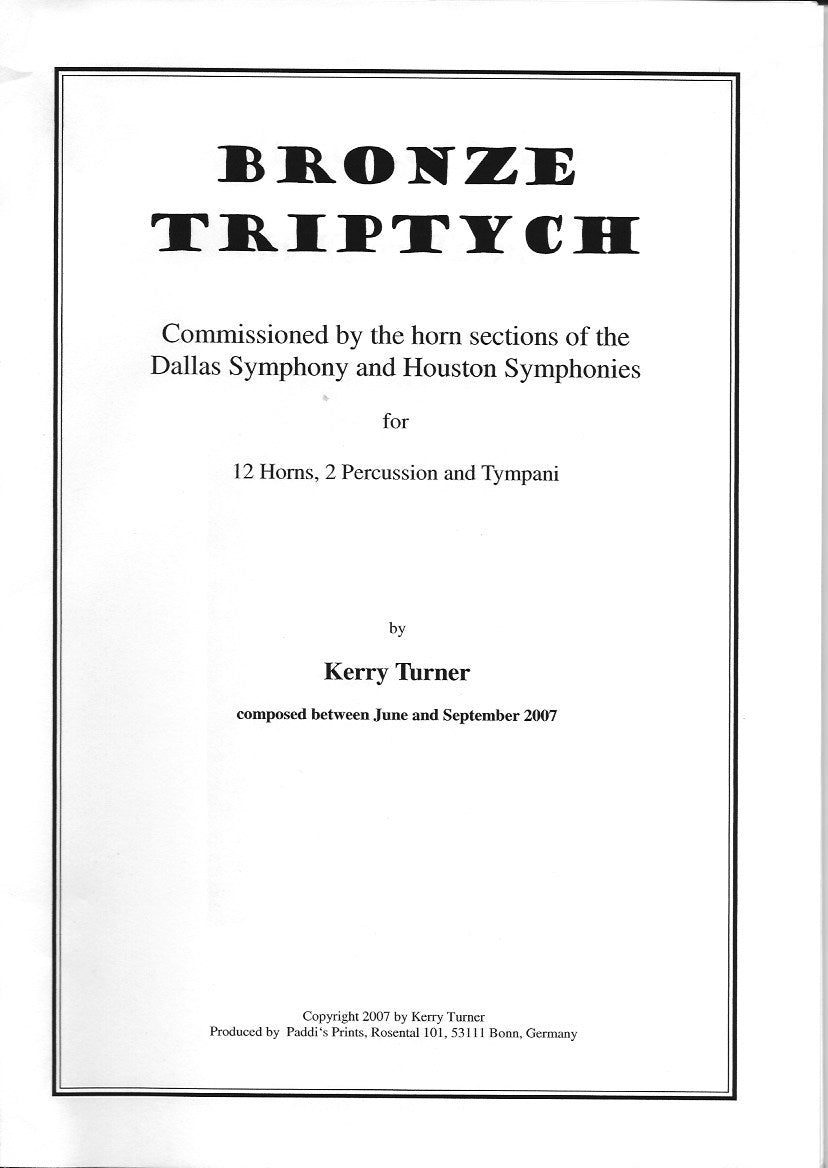 *Note: all our PDF orders are filled manually – please allow a little time for your files to arrive by email.*

Choosing a topic proved to be fairly simple. I had been interested for quite a long time in using bronze sculptures as an inspiration point. Outside of the “western” and Texan style, I am a huge fan of the French artist Camille Claudel. Bringing an image or a feeling to life directly out of a hunk of cold marble is truly an amazing artistic achievement. In a similar way, gazing upon an action-packed bronze statue, such as the three that I have chosen, and transforming its energy into vibrant and descriptive music seemed like a challenge that shouldn’t be missed.