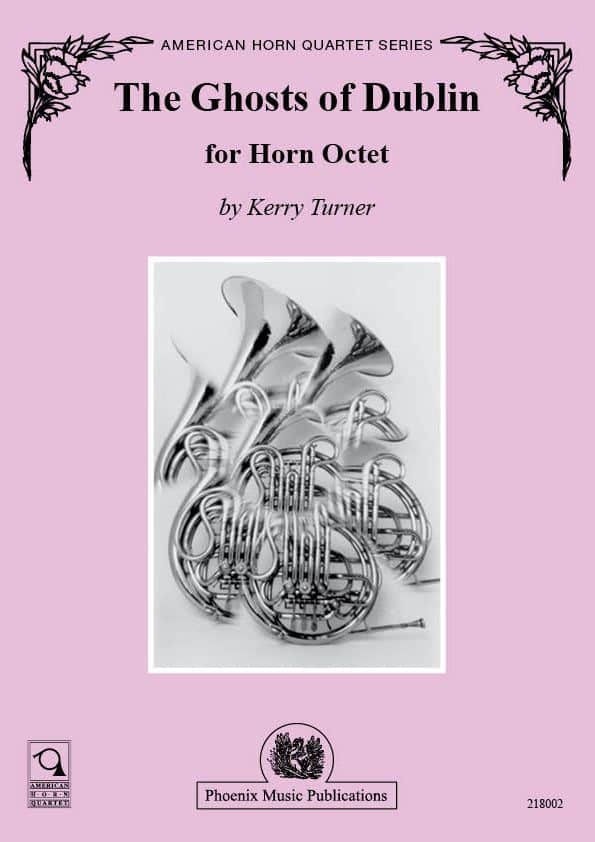 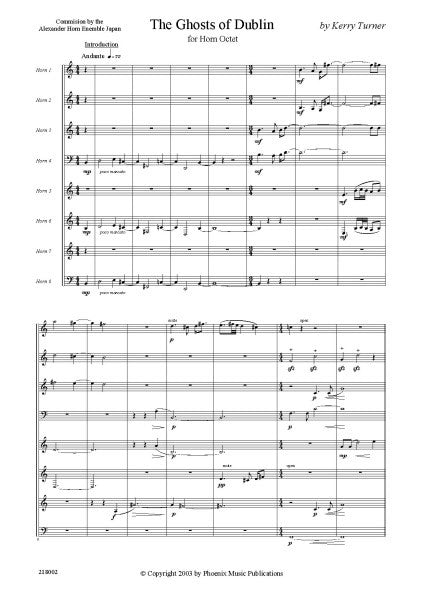 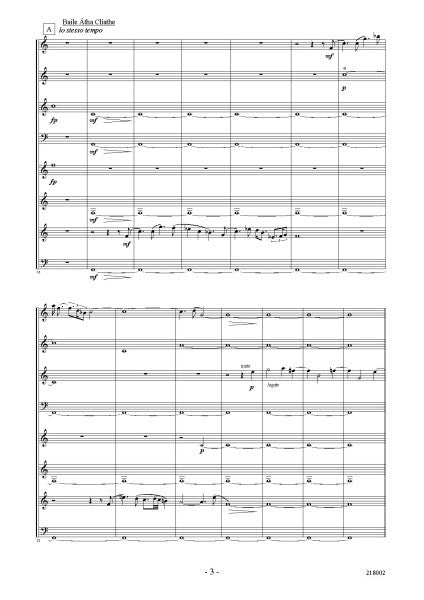 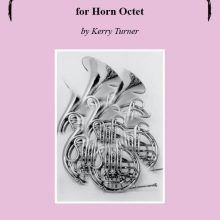 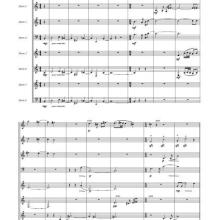 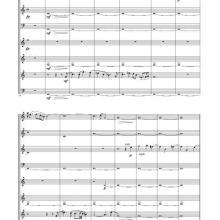 The Ghosts of Dublin for Horn Octet

The Ghosts of Dublin for horn octet was commissioned in May of 2001, by the Alexander Horn Ensemble Japan. Mr. Turner has already composed two other horn octets entitled “Farewell to Red Castle” and “Barbara Allen”. Both of these pieces were based on folk songs from the British Isles. It was after a trip to Dublin in July of 2001, that Mr. Turner decided to base this work as well on folk songs and dances from that lively city. Indeed, the city of Dublin pulsates with music and dance. However it is not classical music which one encounters but music indigenous to the Irish. The composer was also fascinated by the history of the city. It seemed to him to be an integral part of the very life of the Irish. Strolling through the streets of Dublin, one cannot help but feel that he is walking in the footsteps of countless previous inhabitants. Thus was born the concept of the ghosts.
The composition: After a brief introduction comprising the various themes in the piece, we begin this melodic adventure with an original theme that Mr. Turner has called Baile Atha Cliath, which is the Irish name for Dublin. After establishing this as the main theme, the music takes a sharp turn as we encounter the first ghost – the ghost of Brian Born. A huge legend in Irish history, Brian Born recaptured (in 1014) the city of Dublin which had been in the hands of the Vikings for almost a hundred years. This section is at once bellicose and victorious. The next section is entitled “Insheer”, named after the folk song on which it is based. This section serves as the lyrical development of the work. Following “Insheer” we at last arrive at the haunting section of the piece, which bears the work’s name. Juxtaposed on top of a stopped sound cluster, we encounter various folk songs, each one representing a time period or actual person: Molly Malone, a jig of the composer’s invention, She Moved Through the Fair and The Star of the County Down all float out of the ghostly texture of the stopped horns. Eventually we exit this particular section of the piece and embark upon an involved bridge section, which ultimately leads to a dramatic statement of the original theme (Baile Atha Cliath). The finale is entitled simply The Phantom Jig. It is a completion of the jig motive we hear in the middle section and with a series of haunting harmonies played in antiphonal style, the work draws to a close, but with a small “good-bye” from one of the more favorite ghosts.
The work was composed in Luxembourg from September 11th to the 24th 20001 and has a duration of approximately 7: 45.