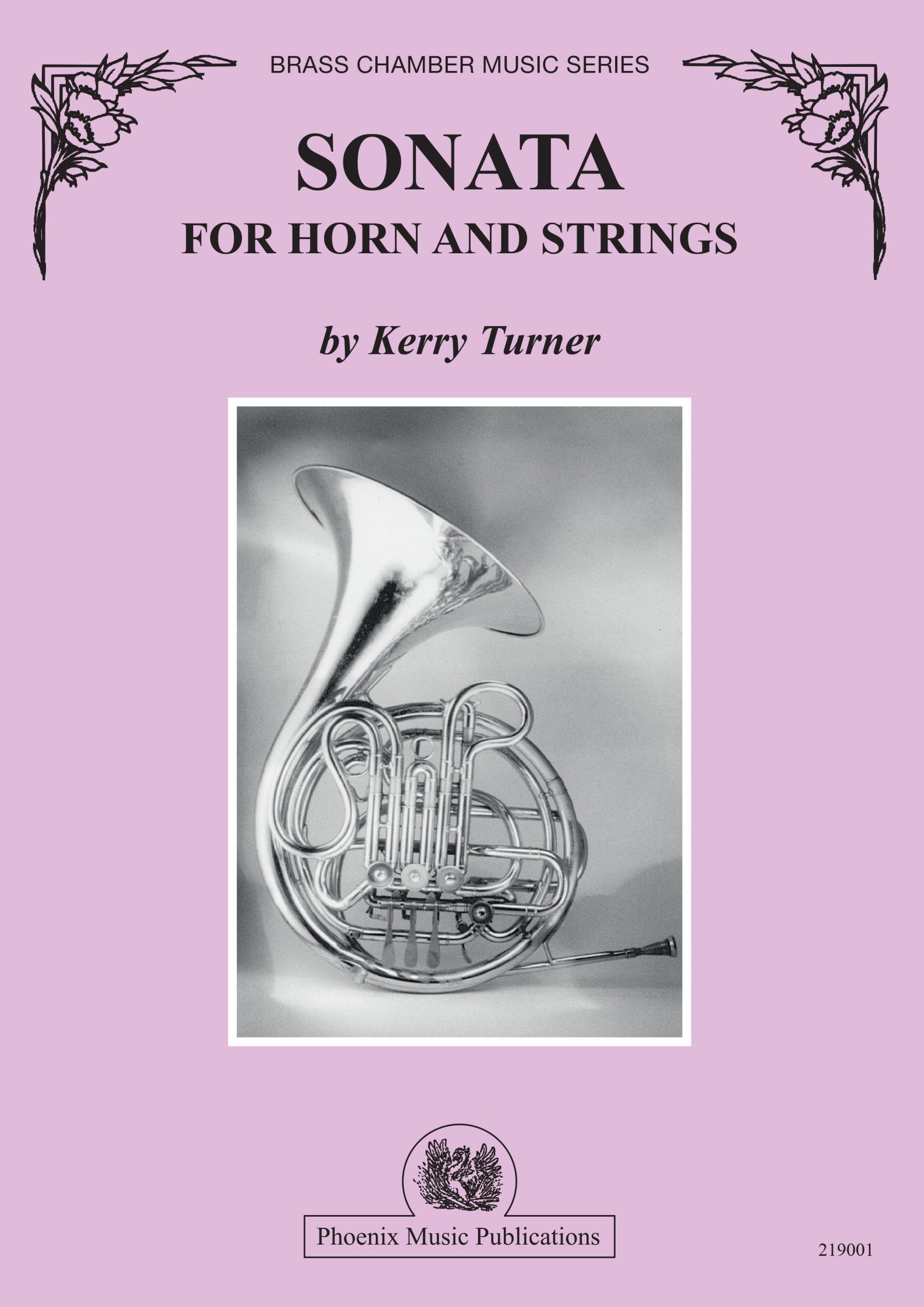 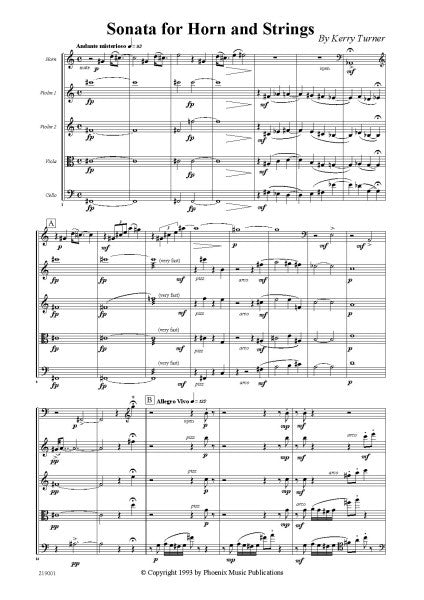 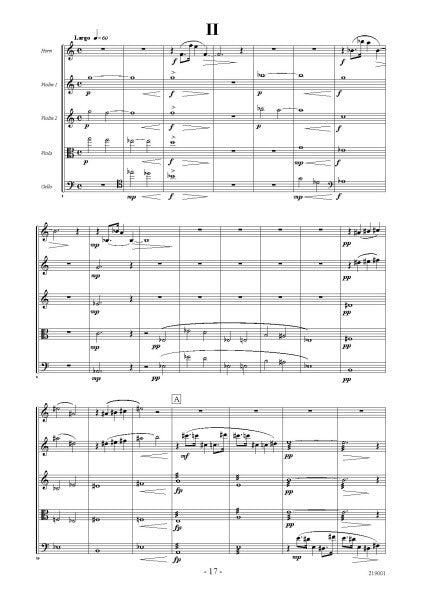 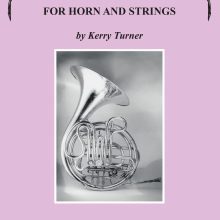 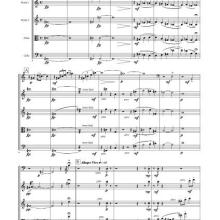 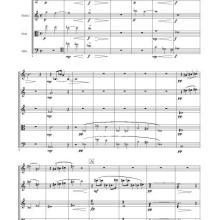 Composers of the 1980’s and 90’s are striving more and more to communicate with their audiences. The modern horn player is, on the other hand, constantly searching for new music that is challenging both technically and artistically yet easily understandable for the listener. All this encompasses the language of the composer and the purpose of the Sonata for Horn and Strings. The piece offers a sound not often heard in either the string quartet or horn literature.

The first movement comprises an introduction and six major episodes which flow quickly and smoothly into one another. Each episode has it’s own set of themes, passed around from player to player, resulting in a compact section. The rhythms vary in each episode, becoming highly rhythmic and then more conventional, but doing so with a certain inevitability. The central theme midway through the movement, which is stated again at the end, utilizes a melodic and harmonic style characteristic of the composer.

The second movement commences with a short introduction, stating the principal motive. This haunting motive soon develops into a melodic theme, which builds continually to a dramatic climax. An attacca into the third movement follows.

The third movement is marked “Allegro, quarter = 144”. It’s very beginning is a variation of the previous movement’s motive, unifying the two. The form is relatively easy to follow: A(aba) B(cde) A(abc) and a Coda. It’s five contrasting themes are technical, rhythmic and lyrical.