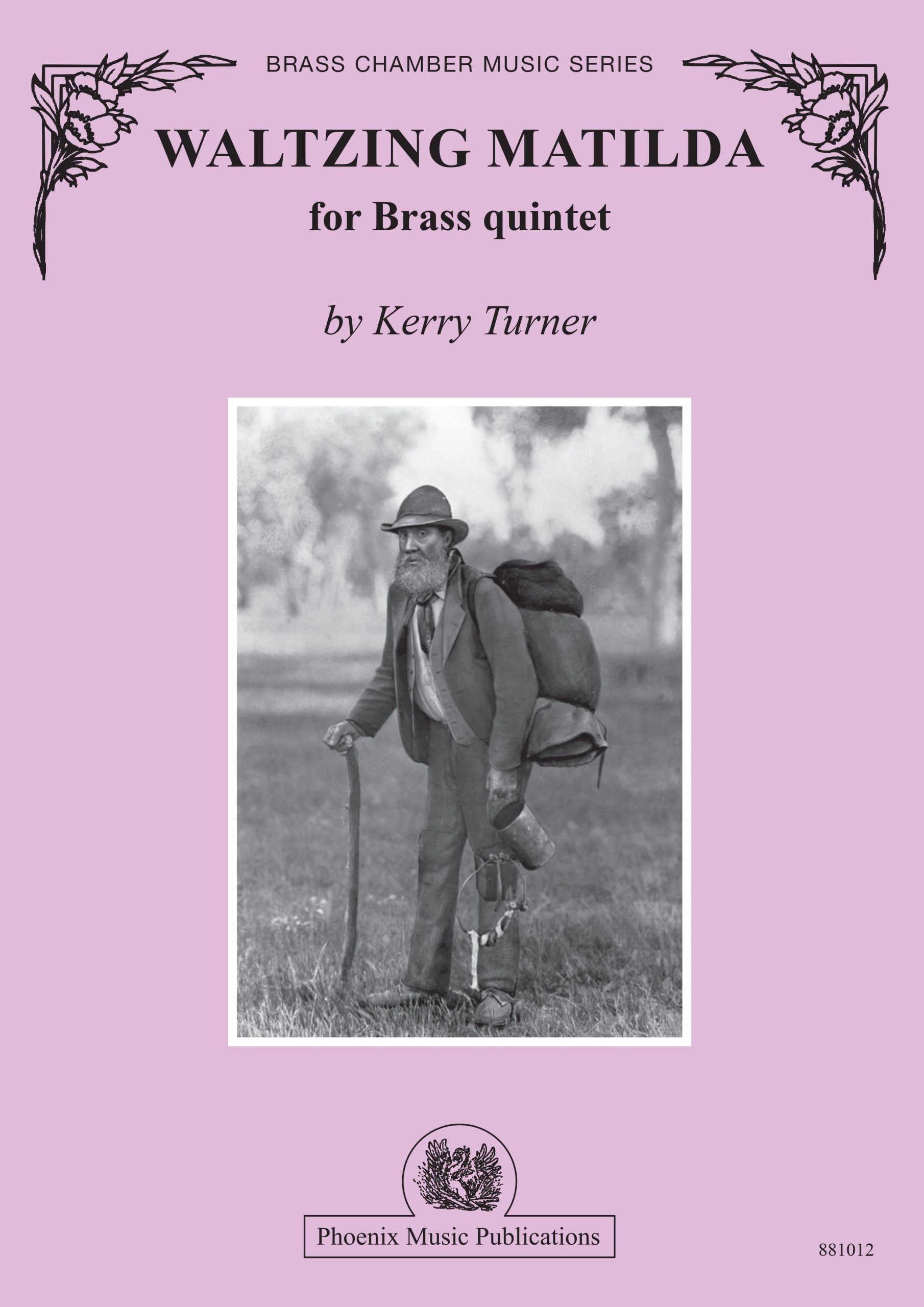 Commissioned by Armin Terzer and BoB – Best of Brass

In 2010, The American Horn Quartet was invited to be the Featured Artists at the International Horn Society’s International Symposium. To commemorate this occasion, Kerry Turner decided to compose a special piece, which would feature the famous Australian folksong “Waltzing Matilda.” Several years later, Mr. Armin Terzer, who was present at the performance in Brisbane, asked me to make this arrangement for his brass quintet. This bouncy melody is Australia’s most widely known bush ballad, and has been referred to as “the unofficial national anthem of Australia.  After a literal statement of the melody, the music suddenly sweeps the listener back 200 years to the age of exploration. This swashbuckling music is gripping with adventure and excitement. However, there is a second “Waltzing Matilda,” namely, the tragic ballad from World War One entitled “The Band Played Waltzing Matilda.” This song describes the disastrous lost of life by Australian and New Zealand soldiers who received their “baptism of fire” at the battle of Gallipoli in Turkey. According to several of the composer’s Australian acquaintances, this somber ballad holds particular meaning and importance in the “Land Down Under.” Mr. Turner therefore incorporated a middle section, which represents this tragic period in the country’s history.

“Waltzing Matilda” is a brilliantly virtuoso romp, which demands refined ensemble skills as well as highly developed technical ability. The piece was composed in Leipzig, Germany in May 26-28, 2010 and lasts approximately 6 minutes.