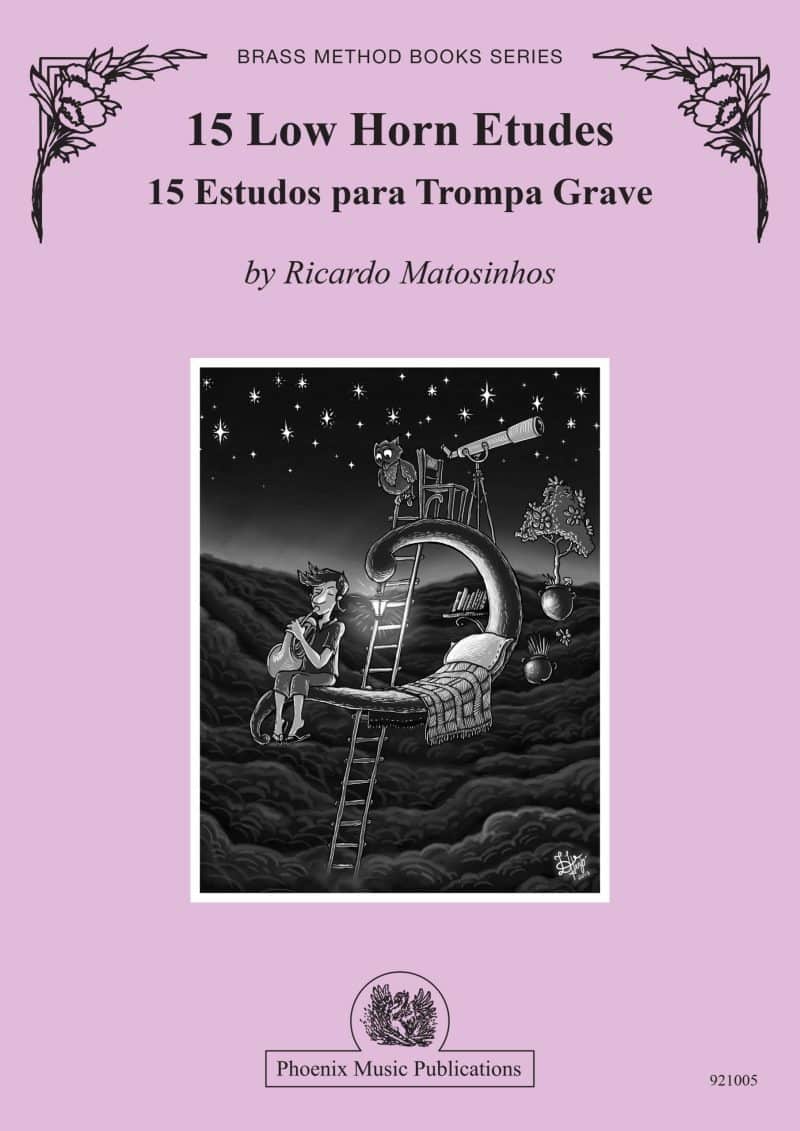 Mr Matosinhos wrote 15 Low Horn Etudes as an extension of his series of fun etudes, this time written for low horn. Continued in the frivolous and fancy free style as the jazz etudes, these etudes concentrate on the difficulties of the low horn register, a register that is often ignored both by students as well as publishers!

This book is dedicated to Sarah Willis for all her work as a low horn player and for being such a big inspiration for all hornists.
This is the third etude book for horn written by me, which was fun to do, but also a personal challenge as during the whole process. I fought against my worst nightmare. By way of explanation, I find the low horn the most difficult range to master.
There are many high horn etude books but very few for low horn, which is just as interesting and really deserves to be promoted more. Most times, it seems to me that the great majority of students is simply obsessed with high horn playing and tends to forget to practice the middle and low register, which I find very unfair as they are amazingly appealing. Furthermore, not all books available for low horn are exactly fun to play, which has proved to be another hardship.

The aim of this book is to practice the horn’s low register at different difficulty levels. These etudes use different styles with a strong rhythmic component, some extended techniques and, of course, a lot of fun!

I hope that you can learn much from 15 Low Horn Etudes, but not less important is that you have fun with them!